We have been providing digital marketing businesses in Thailand and Malaysia since 1999.

We are a Japanese company born in Asia. We have been growing while receiving the benefits of local people. We hope to be a company that continues creating values to local people to enrich their lives through our works.

In addition, we will continue to challenge with digital technology and creativity to create innovative values to be a company that local people can boast us to the world.

We aim to become "the most trusted Japanese company in Asia" in the field of digital marketing. All employees in Asian countries will work hard together for it. It was in February 1991 that my overseas life began as the first expatriate at a Japanese advertising agency in charge of Malaysia and Singapore market. The Kuala Lumpur International Airport greeted me with hot air that 30 degrees difference with the Narita International Airport where temperature was below zero of that day. I got excited to stand on the stage of a new life there.

And rapid growth of Asia will come.

In 1995, the first Internet connection service by a government-run provider launched in Malaysia. Website creation software did not exist yet at the time, hence I created a Malaysia’s information website by myself with HTML’s text book that I purchased in Akihabara, Japan when I stay in Japan. This website won the award “Best Japanese website in the world” and by this experience I fell into the digital world.

However, Asian economic growth was not so smooth.

By the Asian Financial Crisis that began with the Thai Baht collapse in 1997, the market was getting cold sharply. Thailand, Indonesia and South Korea were under IMF control and became a cause of financial unrest over long lasting in the Japanese market. Still, after a while the Asian geothermal melted the frozen soil, and new growth buds grew.

I left the advertising agency in 1999 and established a local company that operates digital marketing businesses in anticipation of the spread of the Internet and the growth of digital marketing in Asia region.

However, even in the 2000s, digitalization in Asia did not proceed at all. Japanese IT venture companies that have just been established could not get jobs easily. And we could not receive loans from local banks because it is a foreign-funded company. We have accumulated a year and a year with patience.

Still we have survived to now and gained the trust by many clients may be because of our strong belief in Asia and digital growth.

And Asia is still to come.

We will move forward with Asian and digital growth. We hope you'll be looking forward to us. 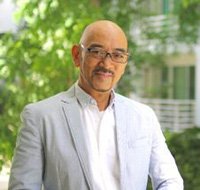